The School Leadership Team, comprising of the Chief Executive Officer, Deputy CEO and Head Teachers, meet regularly and work together to drive school improvement in all areas of The Pathway Academy Trust. We believe that this joint approach to developing the education of our children across all schools is crucial in delivering the Trust’s ethos, vision and values and maintaining the principles of equality and working collaboratively.

Curriculum leaders from each school also meet on a regular basis to hold one another to account, share good practice and recent development within their subject areas. They use the experience of their colleagues, as well as their own professional knowledge, to lead improvement in their own schools.

TPAT schools remain active participants within the local family of schools: as such our leaders still attend KCC Head Teacher briefings; are a part of the Thames Teaching Alliance and are representatives of the Kent Association of Head Teachers. 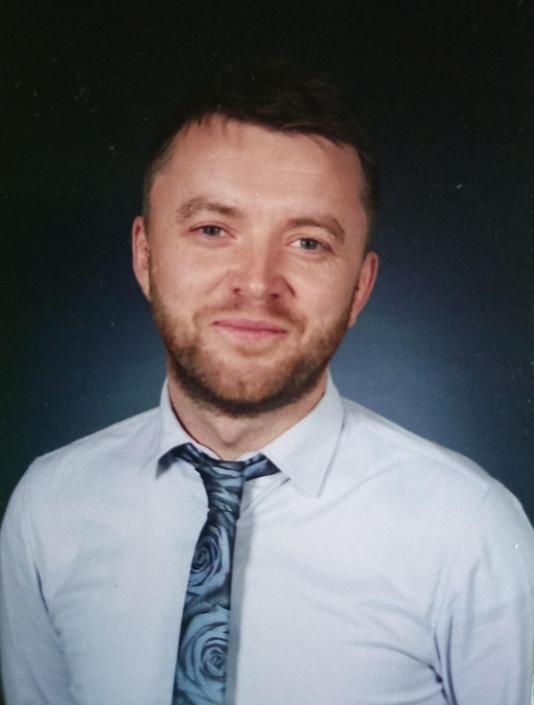 I moved to England, more specifically Kent just over ten years ago in search of a new adventure and a new teaching job. I landed in the Gravesham area and took up a job in a large Primary school where I stayed for eight years. In this role I worked across various different year groups and held various leadership and subject roles, eventually becoming a member of the school’s Senior Leadership Team and Assistant Head Teacher.

I left in search of a new challenge, taking up the role of Deputy Head Teacher and a lead practitioner as part of a large Multi Academy Trust working across Kent and beyond. I greatly enjoyed the challenge of not only leading and developing my own school but also working with a MAT to develop a shared vision and work collaboratively to improve the quality of education and provision for all children in out trust.

All of this led me to Culverstone Green Primary School and TPAT, where I was delighted to be appointed to the position of Head Teacher from September 2020. I am so excited to have joined not only CGPS but also to have joined the TPAT family, a local MAT, working with some very talented and experienced colleagues who put the education and development of the children in our care first.

After initially not having any set long term plans to remain permanently in England, it has now been over ten years and I am still here, sometimes things just work out like that. 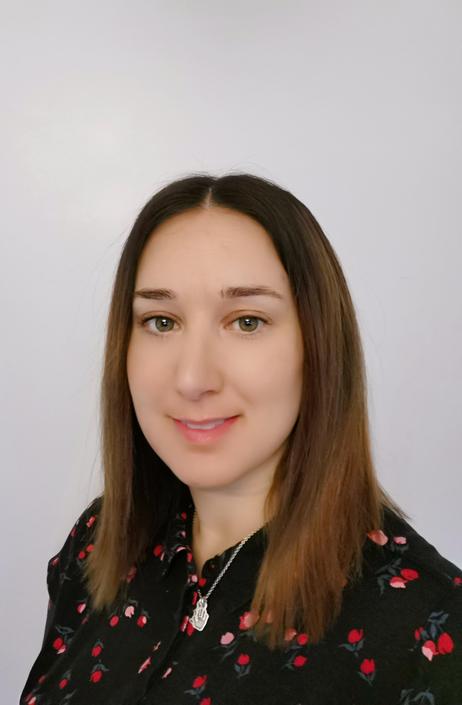 I began my school leadership journey in 2012 in a school in Gravesham as a Phase Leader for Years 5 & 6 and was later promoted to Assistant Headteacher and then Deputy Headteacher in the same school.  Whilst working as a Deputy Headteacher, I began working for the Trust the school was part of as an Associate School Leader (ASL).  As part of this role, I supported schools to make improvements and worked alongside other ASLs to develop Trust assessment and moderation documents.

In 2016, I was seconded to another school within my Trust to become Head of School whilst a substantive Headteacher was appointed.  Following their appointment in June 2017, I took on a headship at a school Folkestone.  I worked at that school for three years and in October 2019 the school was graded Good by Ofsted; this was the first time the school had ever received a Good rating.  I was asked to support another school within the same Trust in January 2017 and soon became the Principal of both schools.  In 2019, I was appointed Lead Principal for the primary schools within the Trust supporting school improvement and developing the collaboration between the schools.

I am passionate about ensuring every child has the very best opportunities irrespective of background and that every child's differences are celebrated within our school.

Having worked for several Multi Academy Trusts, I know how powerful the collaboration between schools, and across a Trust of schools, can be.  I am excited to have joined TPAT and Meopham Community Academy.

I live on the outskirts of Maidstone with my husband, our two children, and our Labradoodle, Bruno!  In our spare time, we enjoy exploring our local area, travelling and going to the theatre. 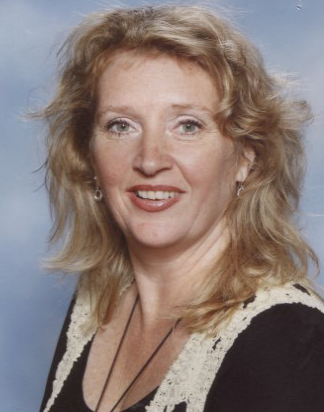 Having started my teaching career in Worcestershire in 1986 at Webheath First School, I moved to Birmingham in 1990 (Shenley Fields Nursery School and Bellfield Infant School Northfield).

I moved to Kent in 1994 to be Early Years Lead at Homewood Infant School in Sittingbourne and from there in 1996 to be Deputy Head at Luton Infant School Chatham.

I have been a Headteacher since 2001, firstly at St Peter’s Infant School Rochester and then in 2010 to Riverview Infant School Gravesend.

I have a strong belief that as leaders we have a collective moral purpose to be outward looking and to work together in collaborations that directly impact on positive outcomes for children and staff. Being part of The Pathway Academy Trust enables us to bring staff together to share great practice and to share expertise and resources for the benefit of all.

I live in North Kent with my husband, step-son, 2 cats and a rabbit. Much of my spare time is taken up with riding my horse. I also enjoy travelling, seeing friends and family, going to the cinema and theatre. 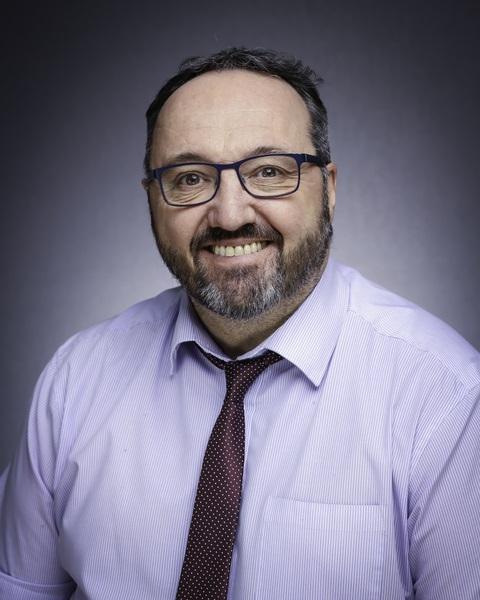 I began my teaching career in Margate, in 2003. I began working at a large, all through primary school called Drapers Mills and entered onto the accelerated leadership programme in September of that year. The national college gave me opportunities within leadership at an early point and I became Numeracy coordinator in my second year. I taught various year groups from Year 1 to Year 6 but spent most of my time in Year 6.

In 2006 I became Assistant Head Teacher responsible for upper KS2, all statutory assessments and behaviour. I progressed to Deputy Head Teacher in 2008. I embarked upon my NPQH in 2010 and in June 2012 I moved to my first headship at Northdown Primary School. In September 2015, I took on an executive headship by adding Salmestone Primary School in Margate to my leadership responsibility.

I decided that 12 years in Thanet was long enough and took the opportunity to work in North Kent for The Pathway Academy Trust. I have been the head teacher of Riverview Junior School since April 2017.

I believe that working together in partnership with other schools is key to whole school improvement and have been fortunate to join such a progressive and child centred Trust. I, like my team, are committed in ensuring that the life chances of children living in Gravesend are increased through our diligent approach to their safety and education.

I live on the outskirts of Margate with my wife, Vicki and our three children. Outside of school, I am a passionate follower of sport and will try and attend as many events that time will allow.

I have been teaching for over 21 years, initially starting my career as a class teacher at Singlewell Primary School in 1997. I have taught across the primary phase from Reception through to Year 6 during the 10 years I was there. I joined Wrotham Road in 2007 as Phase Leader and Year 6 teacher and I then became Deputy Head Teacher and then Head of School in the following years.

I became Headteacher of Wrotham Road in 2013 and moved the school into receiving a ‘Good’ judgement at the next inspection. I am currently an active member of the Gravesham Rural Cluster Headteacher group, the Early Help/Specialist Children's Services/School Partnership Working Group, the LIFT Executive board and the Gravesend Learning Partnership Trustees Board. I have worked closely with local Gravesend schools that are currently RI and supported them in relation to data, tracking and school improvement.

I have always been committed to the numerous ways that schools can work together in partnership and the successful outcomes that can be brought about by working with each other. Being part of ‘The Pathway Academy Trust’ is an exciting time for our school.

Unfortunately not the ones with chocolate chips.

Some cookies are necessary in order to make this website function correctly. These are set by default and whilst you can block or delete them by changing your browser settings, some functionality such as being able to log in to the website will not work if you do this. The necessary cookies set on this website are as follows:

Cookies that are not necessary to make the website work, but which enable additional functionality, can also be set. By default these cookies are disabled, but you can choose to enable them below: